If you understand our philosophy at Cigar Sense, you may understand that for us, the best cigar to give someone as a gift isn’t necessarily “the best-seller” or “the hot new cigar”. On the contrary, we are trying to understand what it means to give a cigar as a gift, thanks to the insights of Nino Inzerillo and Seth Godin.

Nino examines the relationship between donor and receiver,  which obviously involves two people who both smoke cigars.

Feeling obliged to give someone a cigar

“At some point, on the small table of the living room, a wooden box got opened. Incidentally I had talked about my passion for precious cigars and, voila, the content of the box was a fair number of Montecristo marevas. There was an artificial light in the room, it had to be a winter afternoon, I was probably staring a little too much at the box, and they felt obliged to give me one of those cigars.”

In Nino’s novel Il Terremoto Inventato, the fondness for a person can trigger the urge of giving a gift.

What kind of cigar can we give?

We do not have the comfort of knowing the other person’s personality, we can only give a very general answer. If we could, we might as well always donate Dunhill Cabinetta. How would we not agree? But it would be a gift to be reserved for another smoker who could understand the importance of the gift.

“Incidentally, by the way, I am not referring to a series of instructions centered on the gift to be made to those who approach the world of cigars and related technical denotations. I would tend to give a robusto or a hermoso no. 4, so we get the thing over with the technician’s and the novice’s thinking.”

The nature of the relationship

Is it set according to a mutual acceptance of the role of the other person?

If I give you something, or way more than you paid for, an imbalance is created. According to Seth, that imbalance must be resolved. Perhaps we resolve it, as the ancient Native Americans did, by acknowledging the power of the giver.  Or we resolve it by acknowledging the creativity and insight of the giver. Sometimes we resolve the imbalance by becoming closer to the donor. We like getting gifts, we like being close to people who have given us a gift and might do it again. Or sometimes we may resent the giver, the one with so much more power or wealth.

If the one who gives perceives herself in a position of superiority, she will tend to choose the gift by virtue of the relationship and, in Nino’s opinion, will do so to mark the message as a reinforcement of this denotation.

If I perceive myself in a superior position, I choose what I consider to be fitting for my status. This must be accepted by the receiver, lest a friction be generated, which, while apparently centered on the gift, will be actually deriving from the conflicting relationship.
I can donate to correct a stigma or, on the contrary, to point it out. For example, I can give a prominente to enthusiasts who only smoke laguitos …

If I perceive myself as inferior, I tend to give one of the best cigars that I have.

If the relationship is symmetrical, I tend to give what I know the other person likes, provided I have a lot of information about them, Nino adds.

We also believe it is important to not give what we like to a friend, but what we know the friend will like. If you are a Cigar Sense member, you can use our system to find out what cigars your friends are likely to rave about. It is sufficient to know three cigars your friend likes to obtain a pretty reliable list of candidates.

The gift must be freely and gladly accepted

Per Seth, a gift gladly accepted changes everything. Gifts have to be truly given, not given in anticipation of a quid pro quo. True gifts are part of being in a community. Plus, giving a gift makes us feel good.

And the final key sweet point is:

What is a gift?

A gift costs the giver something real. It might be cash, but more likely it involves a sacrifice or a risk or an emotional exposure. A true gift is a heartfelt connection, something that changes both the giver and the recipient, Seth says, and what it takes to create a true gift is normally so much greater than it costs the receiver to consume it. A generous present doesn’t make something a gift.

Our gift to you

Do you want to give cigars as gift to a good friend, but you don’t know which ones? No one can give you unbiased and honest suggestions when knowing nothing about your friend’s taste. “Good” is in the eye of the beholder.

If it’s a good friend and you want to avoid embarrassment, the best thoughtful gift you can give is a tool that will get your friend to figure out or discover new cigars that are truly the best cigars for her/him. Here is the link to one of them: for the price of three “good” cigars that might not even be acceptable for your friend, you can make her/him happy for one entire year. If you are aware of another personalized cigar recommendation service, let us know, so we update this article. 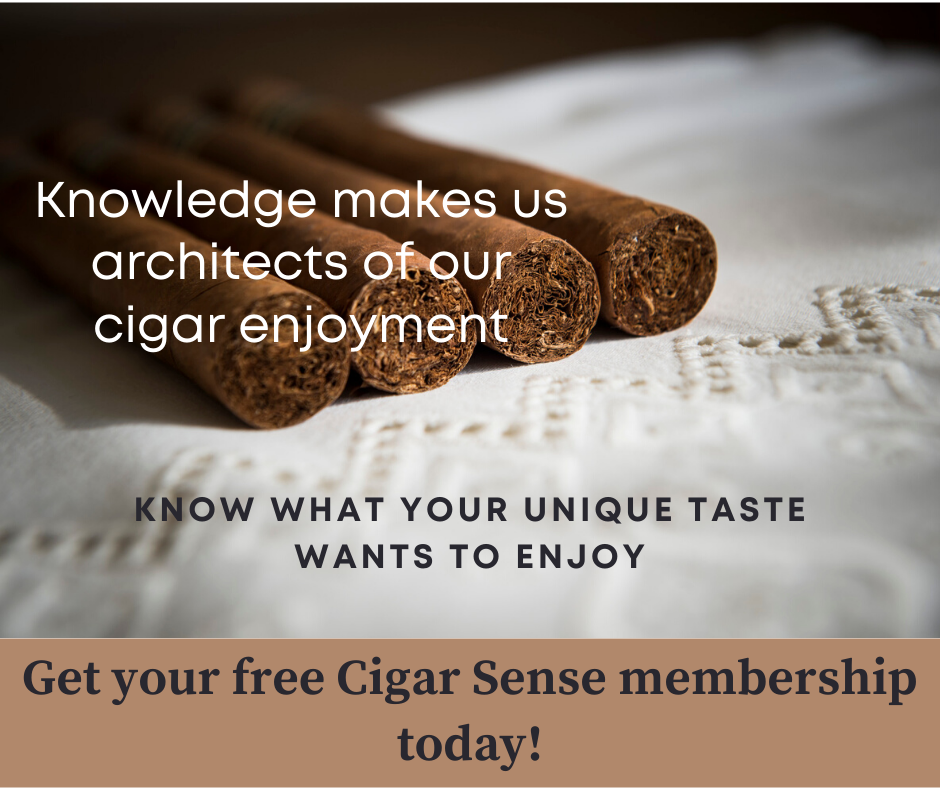